Circle O has a radius of 5 cm. The length of a chord AB is 8 cm. Circle Q is tangent to a chord and to the arc AB as well. (See diagram below) If line segment AM is 2 cm, what's the area of a circle Q?

There is only one cube whose perimeter (P) and volume (V) have the same numeric value.
What's the length of a side of that unique cube?

The area of the square ABCD is 16 cm². Its area is divided into 4 equal squares. Line EH passes through the center of the large square.
Angle AHG is 90°. Find the area of the yelow-bordered region.

The medians of a right triangle that are drawn from vertices of the acute angles have lengths of 2√13 and √73. Find the length of the hypotenuse. 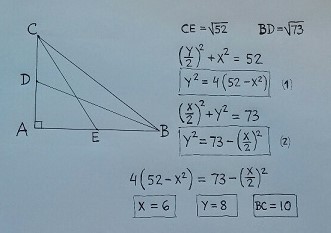 From the point inside a square,  the distance to three corners is 4, 5, and 6 cm, respectively.
Find the length of the side of a square. 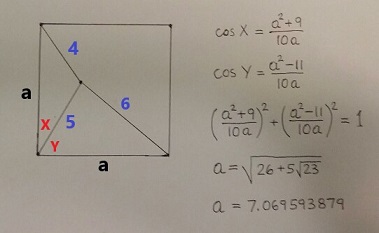 Important:  triangle WXY can be any type of triangle and the result will be the same!!!

I'll let you convert that decimal into a fraction. 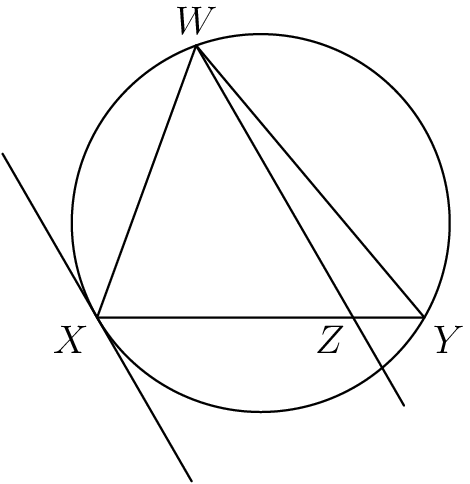 Here's a very clever method to solve this problem:

Let a, b, and c be the radii of circles A, B, and C respectively. From the, Segment Addition Postulate we know that:

We have three equations and three unknowns:

Let's eliminate the a by multiplying the first equation by -1 then adding them together: I'll line up the a's b's and c's, putting in a 0 if one of them is missing:

I've posted this question nearly 6 years ago, and my son answered it. He told me about that 2 days ago. (Beautiful communication)

His answer is very close to mine. (Dragan ≅ jugoslav

This one was a bit tricky, but I think it's because I made it more complicated than it needed to be.

The most important first step was to determine the center of our fourth circle. How far away is it from the centers of the other three circles?

I set the center of the bottom left circle as my "origin." Then, creating a triangle between the three centers, I solved for the centroid of the triangle (which had an effective coordinate of (30,17.32)). This means that the distance between the fourth circle and the other three circles was 34.64 cm.

Now, knowing this, I generated an independent problem: what is an overlapping area of two circles 34.64 cm apart, with radii of 30 cm? Once I had this number, it was simply a matter of multiplying it by three and subtracting it from the overall area of one circle.

You probably don't want to see my math...I used an integral in the cartesian coordinate system. I basically found the midpoint of their intersecting area and set it as my lower limit (17.32), set 30 as my upper limit, and integrated sqrt(30^2-x^2)dx. Then I multiplied that area by 4, since integrating circles in cartesian coordinates is weird. It was messy, but the answer: the overlapping area was 871.08 cm^2.

There's more than one way to...

When we have the length of a circumradius, we can calculate the angles B and C or A and D, and then using the law of cosines we can find diagonals AC and BD.

This is perhaps the longer way, but it would work.

Calculating the area of a hexagon: 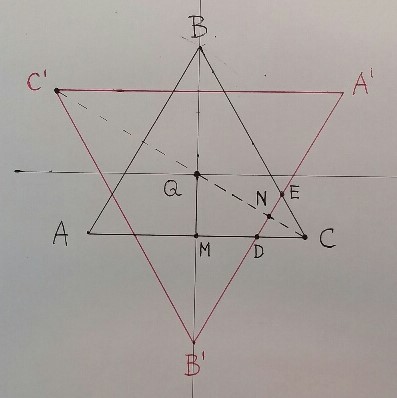 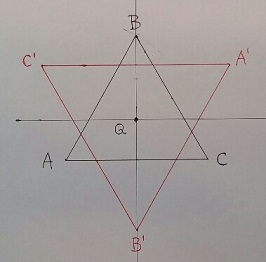